Ravi Kaushal is an Indian POP/R&B Artist, Singer/Songwriter, born on 08 May 1996, he never had a stage name before but now he is going to change his name to “POLSTARO”

It’s a unique name carrying a meaning behind it as we got informed.

As per his team, POLSTARO refers to polestar which is a unique brightest shining star in Ursa Minor constellation. Everyone knows about polestar and facts about it. As per his social media, he asks his fans about keeping a stage name on Instagram stories and 86% of his fans voted for yes it’s a good idea. POLSTARO is the kind of person who involves his fans in lots decisions making like teaser release date-time, Poster release date, and time of his upcoming songs as well.

We also tried to find out why he changing his name now after releasing music from 2013, it’s almost after 9 years. The simple answer his team told us is that every famous popstar has a stage name in the world and now he wanted a unique but recognizable name to which the world can relate too. So finally he come up with the POLSTARO as he said its a unique at the same time carrying a meaning to which the world can relate easily.

Talking about his upcoming projects POLSTARO reveals that his debut EP is on the way named “Vision of Love” containing four Love songs. The name of the tracks are also out now on his Instagram handle.

We are waiting to see whether he will change the upcoming song poster Artist or singer name to POLSTARO or he will release the EP on his old name for that you have to stay tuned to his social media handles and last but not the list his team told us that he will be releasing new music on his new youtube channel named as POLSTARO so make sure you subscribe that too links will be found on his Instagram Bio.

We wish him luck and success in his upcoming future projects and career, lots of new music coming soon. 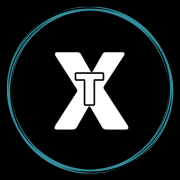